In 1946, a young Canadian pastor named Jack McAlister encouraged his radio audience to help provide gospel literature to missionaries through the Tract Club of the Air. In 1952, he founded World Literature Crusade – known today as Every Home for Christ to further coordinate the placement of millions of gospel messages in bulk in countries around the globe. Yet no real systematic distribution strategy began until 1953, when he went to Japan with a fellow visionary.

At a Tokyo train station, they realised that for every person they gave the gospel to, ten slipped by them. That night they prayed desperately over maps of Tokyo and all of Japan asking, “How can we reach everybody and have a measurable sense of what has been accomplished?”  This vision was given to them: Take the gospel to every home. Divide the city of Tokyo in a strategic way, and find people willing to go to every home.

God planted a similar vision in the heart of Dick Eastman in 1966. Following a five-week, home-to-home outreach in Central America,  a decade before he joined Every Home for Christ and 20 years before being appointed its international president, he thought, “Someone should do this all over the world; mapping out every nation, taking the gospel to every home, and implementing a mechanism to disciple each person.”

Since 1953, home by home, Every Home for Christ staff and volunteers have systematically and strategically taken over 4.7 billion gospel messages to over 1.7 billion homes worldwide. Taking the great commission literally, we partner with passionate Christians around the globe in sharing their faith right where they live. The fruit has been extraordinary. Every Home outreaches have been conducted in around 200 nations around the world. 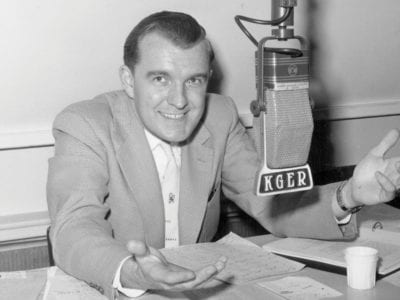